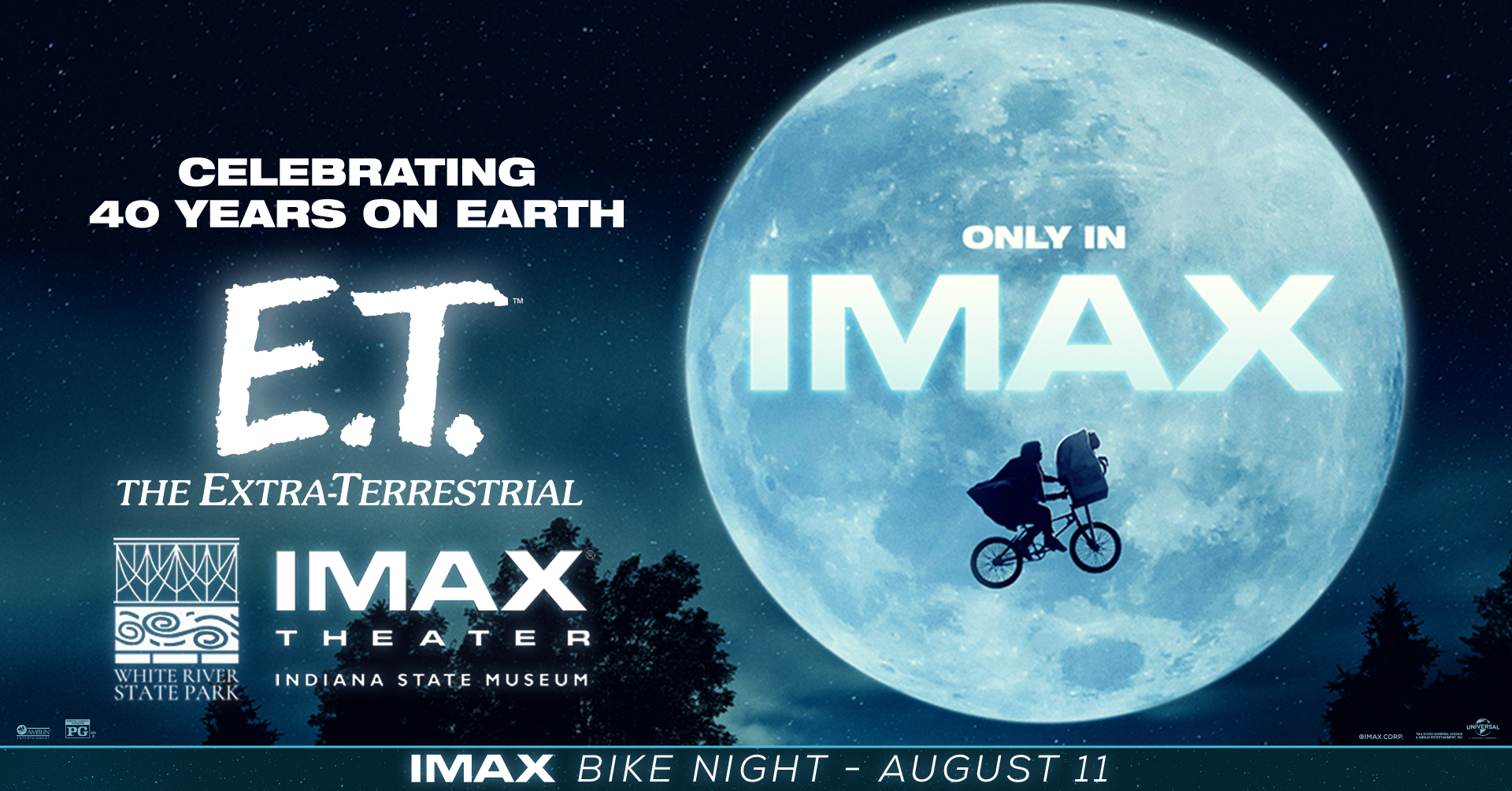 This summer commemorates the 40th anniversary of Steven Spielberg’s 80s film that became a sci-fi classic. To celebrate, the Downtown Indy IMAX is presenting the film in IMAX for the very first time. As a kickoff event, the theater is partnering with White River State Park on a Bike Night at 5:30 on August 11; film screening beginning at 7:00.

The event on the 11th will be free to attend for those who have purchased “E.T.” tickets and will include film props in the lobby and special activities for the cyclists. Walkers, skaters, and more are all welcome to enjoy and commute to the theater—taking advantage of the adjacent Cultural Trail. There will be bike racks and a monitored bike check for the duration of the film.